"Kathrine Windfeld has quickly established herself on the Danish jazz scene with her outstanding skills as composer and arranger, primarily in the modern big band genre. Her talent is combined with a fantastic musical enthusiasm and a strong drive." 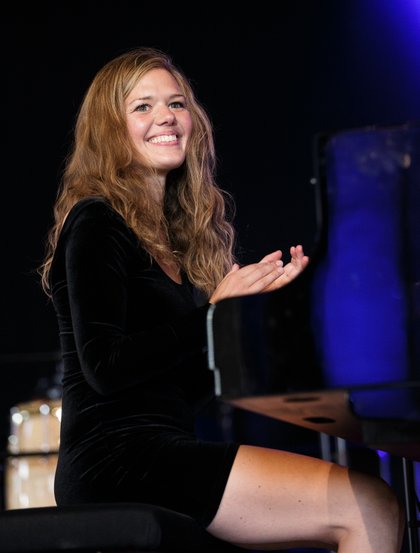 Kathrine Windfeld is considered one of the most exciting, and refreshing new Scandinavian jazz composers and arrangers in many years.

Pianist, composer, and arranger Kathrine Windfeld was born in Svendborg on Funen. As a teenager, her strong creative sense was channeled through painting, theatre, singing, and piano playing. During a 5-month stay at a music course at “Den Rytmiske Højskole” in 2003, the piano became her primary means of expression and she started composing her first pieces.

Striving for a further exploration of the world of music, she went to The Department of Musicology in Copenhagen where she took classes in music theory and analysis, arranging for big band, and a master’s degree in choir/ensemble leading. Meanwhile, she played in an experimental and progressive quintet, “Gespenst”, which strongly developed her sense of writing and navigating in complex rhythmical landscapes. This group became her main path to the jazz and improvisation, for which reason she dedicated two years at the Swedish jazz school “Fridhems Folkhögskola” to jazz piano playing. 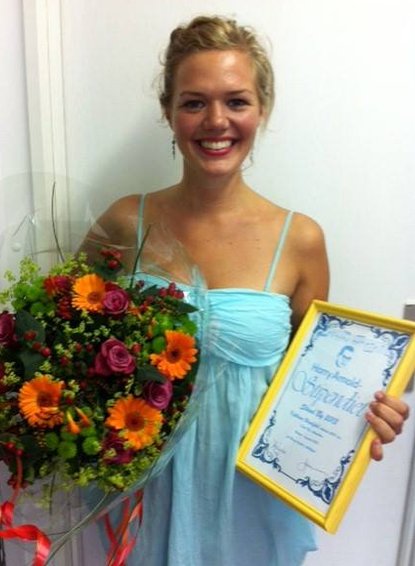 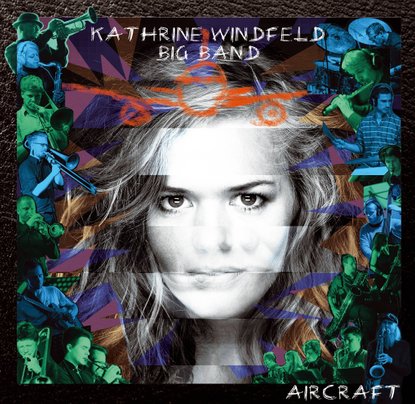 While AIRCRAFT mainly impressed the Scandinavian listeners, LATENCY got massive international acclaim in leading music magazines. Especially in the UK and Germany, the album was well received:

“Kathrine Windfeld is a rising star on the European jazz scene, not least for her bold writing for her adventurous big band”

In December 2018 Kathrine Windfeld played two concerts with one of Europe's leading big bands, Frankfurt Radio Big Band. Both shows were sold out and have been recorded for radio broadcast.

In 2019, KWBB has played in the Gothenburg Concert Hall in Sweden - and Kathrine Windfeld had a project with the Finnish Espoo Big Band in April.

In October, her sextet will play a tour in the UK - and KWBB will be playing showcases in Cologne and Hamburg in November.

January 2020 Kathrine won the prestigious "LetterOne Rising Stars jazz Award, European Edition" in London, including a tour on 7 European top festivals in France, Spain, UK etc. Due to Covid-19 the tour has been postponed.

In July 2020 Kathrine had her national TV debut in the programme "Jazzfestival på DR2" leading to new TV jobs as "Tak For Musikken" with half a million viewers.

From October 2020 she appears in 8 music programmes in the series "Her Er DIt Hit" on national TV.

In September 2020, Kathrine went on tour with the Swedish Bohuslän Big Band and recordede an album with 8 new compositions, specifically written for the project. The album will be out in Autumn 2021-.

The third album with Kathrine Windfed Big Band was released on Stunt Records October 16 2020 and has already been very well received:

Due to corona, several gigs with Kathrine Windfeld Big Band and her sextet have been

cancelled, but hopefully most of them will be postponed to 2021

Nomination: "Jazz composer of the Year"

"Danish Jazz Album Of The Year"

"New Jazz Artist Of The Year"

Nominations: "Jazz album of the year"

"Jazz composer of the year" 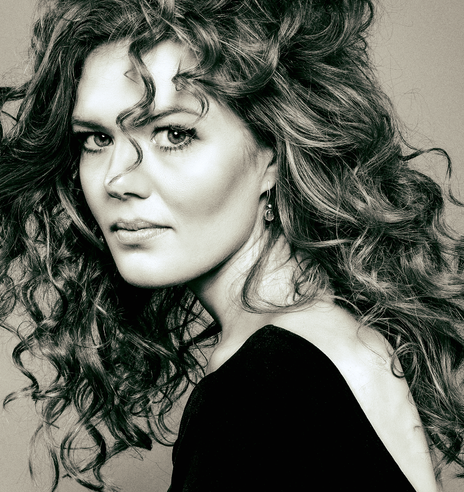 In 2011, she initiated “Kathrine Windfeld Sextet”, which is still performing frequently in Denmark and Sweden.

After Fridhems Folkhögskola, she took a bachelors degree at the jazz performance programme on “Malmoe Academy of Music”, where her quartet and the first edition of “Kathrine Windfeld Big Band (KWBB)” was formed in late 2012.

Her versatile musicianship and personal contribution to the acoustic jazz genre was officially awarded in 2013 by the Swedish “Harry Arnold Sällskap”, when she received the honorable scholarship “Stand By”.

In early 2014, her burning enthusiasm for the big band project made her initiate a new 15-piece dream-team (DK,SE,NO) in Copenhagen.

During two seasons, KWBB played at the club, sometimes with world-class stars like Mike Stern (USA). Windfeld arranged the music of the guest artists exclusively for the shows.

The debut album AIRCRAFT was released in October 2015 and gained overwhelmingly positive response in Scandinavia. All the national papers wrote about a new rising star with an extraordinary talent for big band writing. (see PRESS)

AIRCRAFT won a prestigeous Danish Music Award: ”New Jazz Artist of The Year” and was - as a rarity for a debut - nominated in further two categories: ”Album Of The Year”, and ”Composer Of The Year”.

In 2016 KWBB was exclusively selected for a showcase at Jazzahead in Bremen, where they played for an international gathering of bookers and 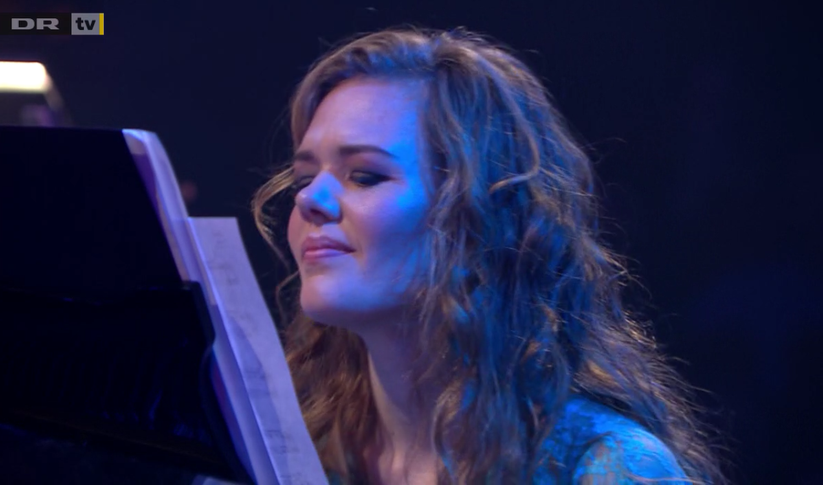 Windfeld has worked with several professionel and semi-professional ensembles, in- and outside Denmark, as conductor, composer, and arranger:

As bandleader and composer:

Has shared stage with: